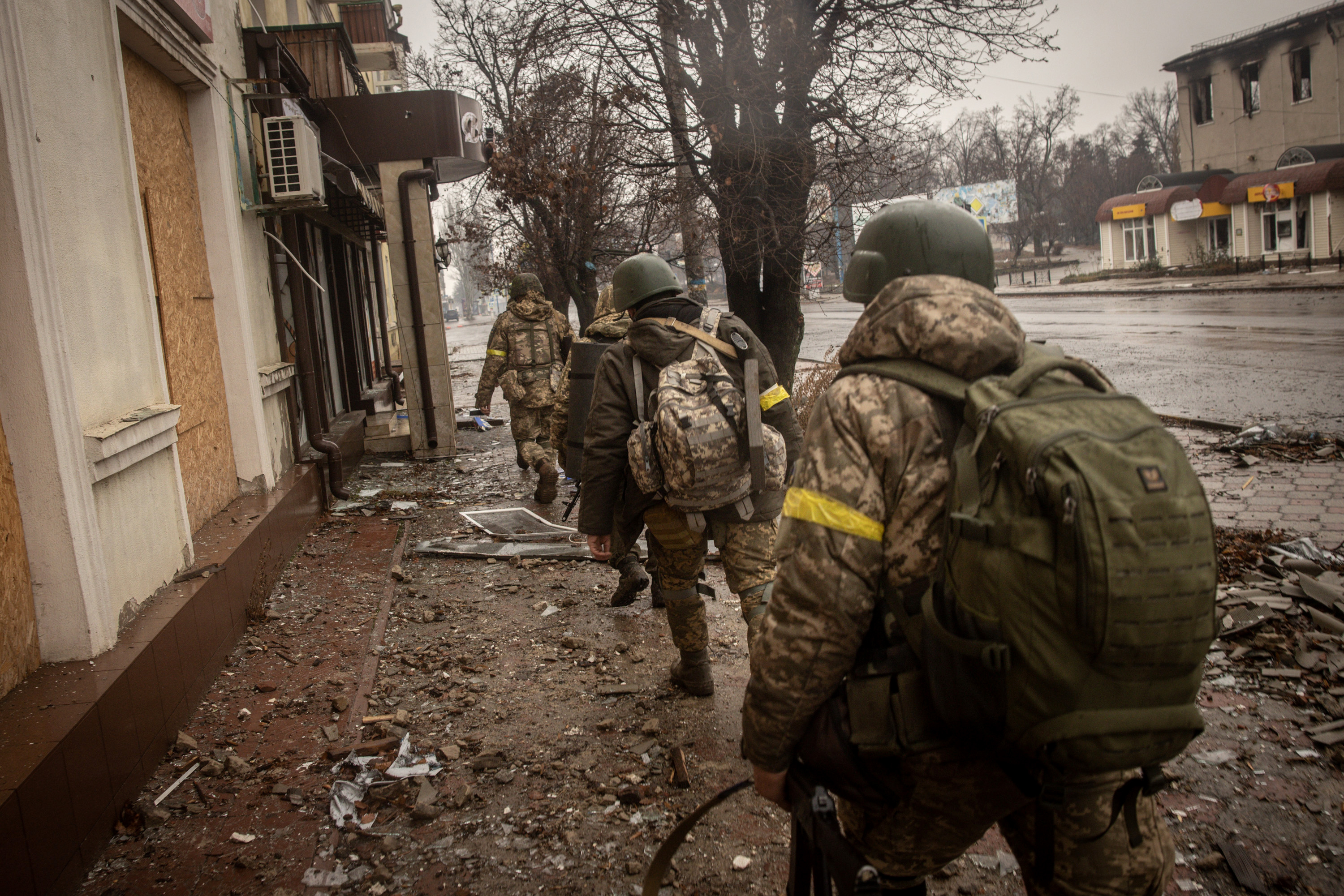 Ukraine’s armed forces claimed to have shot down 30 Iranian-made drones that were targeting Kyiv on Sunday night, after Moscow stepped up attacks on the capital. This would not be the first time Iran-made drones were deployed by Russia’s military against Ukraine.

In a Telegram post early on Monday, the Ukrainian Air Force said: “On the night of December 18-19, 2022, the Russian occupation forces attacked Ukraine with Iranian-made kamikaze drones “Shahed-136/131”.

“In total, about thirty-five barrage ammunitions were found.

“As last time, the attack UAVs were launched from the eastern coast of the Sea of ​​Azov.

“The forces and means of the Air Force of the Armed Forces, in cooperation with other components of the Defense Forces of Ukraine, destroyed thirty “shaheds” of the Russian occupiers!

“Units of anti-aircraft missile forces, fighter aircraft, and mobile fire groups are involved in the destruction of aerial targets.”

Also Monday, the Kyiv city administration said on Telegram that critical infrastructure had been hit by the drones. It said that more than 20 Iranian-made drones were detected over Kyiv’s airspace and at least 15 of them were shot down.

Kyiv Governor Oleksii Kuleba said on Telegram that houses and infrastructure facilities were damaged, and at least two people were wounded.

Kyiv Mayor Vitali Klitschko heard explosions in the Shevchenkivskyi and Solomianskyi districts of the city, The Associated Press reported. In a Telegram post, Klitschko reported no immediate causalities.

Russia launched an invasion of its neighbor on February 24, initially trying to attack the capital Kyiv. After fierce opposition from Ukraine’s army, Russian President Vladimir Putin instead moved his troops to the eastern Donbas region and towards the south, in Kherson Oblast.

However, after a number of setbacks on the battlefield, Russia more recently has been increasingly targeting Ukraine’s energy infrastructure, in a bid to let the country freeze over winter.

Tens of thousands have people have died in the fighting, including many civilians. Millions of people have been displaced from their homes. Many have fled to neighboring European countries.

On Monday Putin paid a rare visit to ally Belarus, which also shares a border with Ukraine. It was the Russian leader’s first state visit to the country in three years.

Belarus’s autocratic president Alexander Lukashenko hinted on Sunday that his country might join the war, a development Ukrainian officials have long anticipated. In late February, Putin mobilized troops and artillery sent into Ukraine from Belarus.