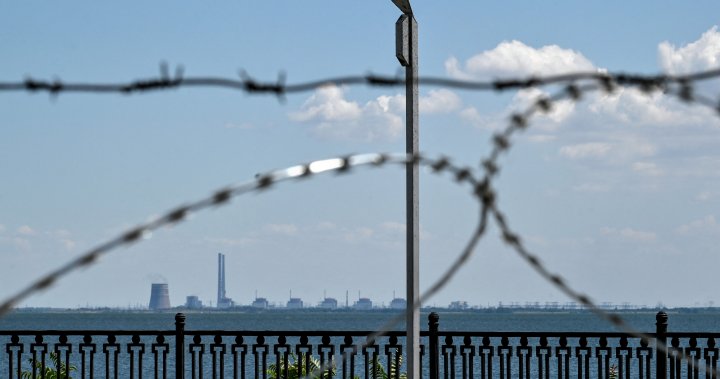 The U.N. nuclear watchdog’s experts now stationed at the plant were told by Ukrainian staff that the site’s fourth operational 750 Kilovolt power line was down after three others were lost earlier, it said in a statement on its website.

But IAEA experts also learned that a reserve line linking the facility to a nearby thermal power plant was delivering electricity to the external grid.

This reserve line can also provide backup power to the ZNPP if needed, it said.

Zaporizhzhia, with six reactors, is Europe’s largest nuclear power station. The station has been controlled by Russian troops since soon after their invasion of Ukraine in late February and has become one of the focal points of the conflict, with each side blaming the other for shelling around the plant.

“One reactor is still operating and producing electricity both for cooling and other essential safety functions at the site and for households, factories and others through the grid,” the IAEA said.

An IAEA mission, led by the agency’s director general Rafael Grossi, toured the plant on Thursday and some experts have remained there pending the release of a report on its operations.

Transmission lines to the plant were cut last week and the facility was cut off from the national grid for the first time in its history, prompting power cuts in various regions of Ukraine. But emergency generators kicked in to provide power needed for vital cooling processes.

Ukrainian President Volodymyr Zelenskiy blamed Russian shelling for the cutoff and said a radiation leak had narrowly been avoided.

Russia’s defence ministry said on Saturday that Ukrainian forces had attempted to capture the Zaporizhzhia plant in an attack on the facility on Friday night — the second such allegation in as many days.

Reuters could not confirm any details of the Russian accusations.