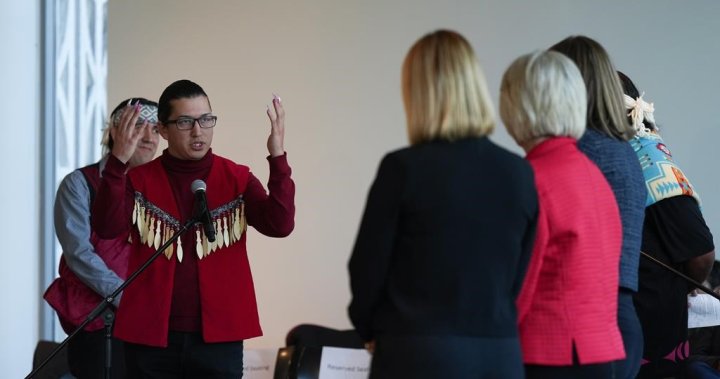 Vancouver council has passed an Indigenous rights strategy that it says will make the city a national and world leader in implementing a plan towards reconciliation.

The strategy is based on the United Nations Declaration on the Rights of Indigenous Peoples and makes 79 calls to action.

The framework for reconciliation focuses on themes of cultural and economic well-being, ending Indigenous-specific racism and the right to self-government for the three nations on whose land the city is built.

The Squamish, Tsleil-Waututh and Musqueam nations were part of the task force formed in March 2021 to develop a strategy to implement the declaration.

Coun. Christine Boyle says implementing the declaration is important work for the city, where Indigenous people are overrepresented among the homeless population and experience more negative health outcomes.

A statement from the city says the next step is for its staff to determine what is needed to implement each of the calls to action and report back to council with an action plan.