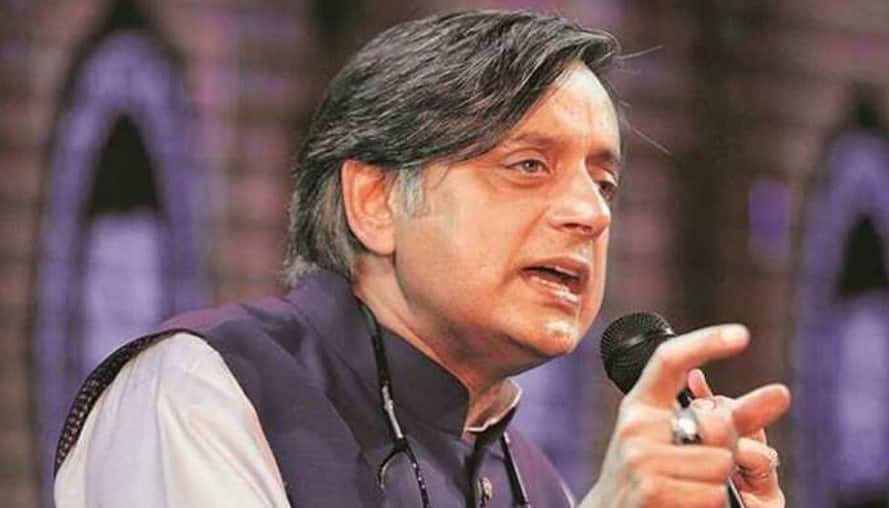 While many see the results of tomorrow’s Congress presidential polls pre-decided, the contender for the post, Shashi Tharoor, is in no mood to leave any stone unturned in order to win the election. Tharoor, on Sunday, emphasised on “decentralisation” in the organisation so that “‘all decisions are not taken in Delhi”.

The senior Congress leader slammed at party leaders who were “indulging in ‘netagiri’ and telling party workers” that they know whom Sonia Gandhi “wants” elected. For those having any “fear or doubt” in their mind, Tharoor said, the party has made it clear that it will be a secret ballot.

The Thiruvananthapuram MP, who is contesting against veteran leader Mallikarjun Kharge in the Monday election, said that there should be “ready access” to the party president.”Someone will win this polls, while someone will lose it. Whether Kharge sahab wins it or I win, I am of the view that the Congress should emerge victorious,” he told reporters at the Uttar Pradesh Congress headquarters.

Tharoor also stressed on the implementation of the Udaipur Declaration of the party including ‘one-person, one-post’ principle. “There should be decentralisation in the party, so that all the decisions are not taken in Delhi,” he said and added that the opinion of the PCC delegates is important for the Congress.

In a veiled dig at the Kharge camp, he said, “I know that some of my colleagues are indulging in ‘netagiri’, and telling the party workers that they know what Sonia Gandhi wants and whom she wants. “This type of ‘netagiri’ is not confined to this state, it was in many states. Don’t you (party workers) have faith in Sonia Gandhi’s words, who has been running our party?

“She had categorically made it clear that you contest the polls, and we (Gandhi family) will remain neutral.” He stressed that “Sonia Gandhi gave directives to Madhusudan Mistry, the party’s chief election authority to say on the behalf of the party that we (Gandhi family) are neutral and that there is no official candidate.

“So, if anyone has any fear or doubt in their mind, then Mistry jee has categorically said that it will be a secret ballot,” he said. Voting will take place on October 17 in every state capital through a secret ballot. The election result will be declared on October 19.

There are 9,300 delegates, including 1,250 from Uttar Pradesh, who are eligible to vote. Kharge, who was in Karnataka on Sunday, said he will definitely seek advice and support from Gandhi family if he is electe. “There is no shame in it. If something benefits from your (media) advice, I will take it as well. They have worked for this party and taking their advice is my duty,” Kharge said.

Asked about his message for Tharoor, he said, “I don’t want to get into any controversy. He (Tharoor) is saying his thoughts, I don’t want to debate on his thoughts. I’m sharing my thoughts. It is our organisation or a family matter. He has the right to say what he wants to, similarly I too have. It is an internal friendly fight.”