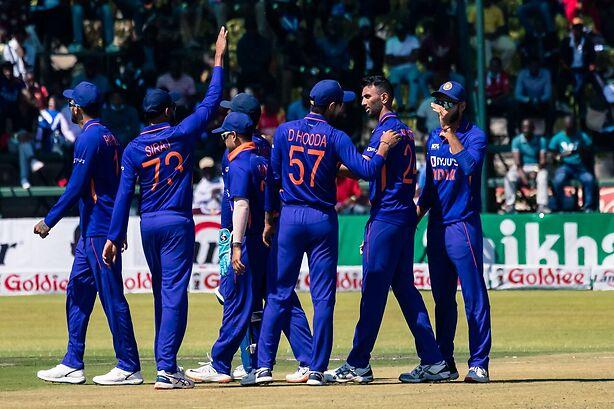 India have now taken an unassailable 2-0 lead in the three-match ODI series against Zimbabwe. They have won the second game by five wickets, chasing down 162 with five wickets in hand and 24.2 overs to spare. Sanju Samson top scored for India with 43* as he also finished the game with a six. Apart from him, Shikhar Dhawan (33), Shubman Gill (33) and Deepak Hooda (25) got starts too. However, KL Rahul (1) and Ishan Kishan (1) failed to utilise the opportunity.

For Zimbabwe, It was a better showing with the ball this time around as they not only picked wickets but bowled with an intention to pick wickets. After going wicketless in the first game, Tanaka Chivanga, Vicory Nyauchi, and Luke Jongwe were among the wickets and Sikandar Raza also picked a wicket to get five in total.

ZIM vs IND 2nd ODI Player of the Match

Sanju Samson was adjudged as the Player of the Match for his brilliant 43*  with the bat and three catches behind the stumps, one of which was an extraordinary one-handed catch

For India, Deepak Chahar has been rested and Shardul Thakur has been brought in his place.

Zimbabwe vs India 2nd ODI Highlights: Catch all the updates from India’s tour of Zimbabwe with the second match today at the Harare Sports Club